The figure below shows an example of MIMO operations: 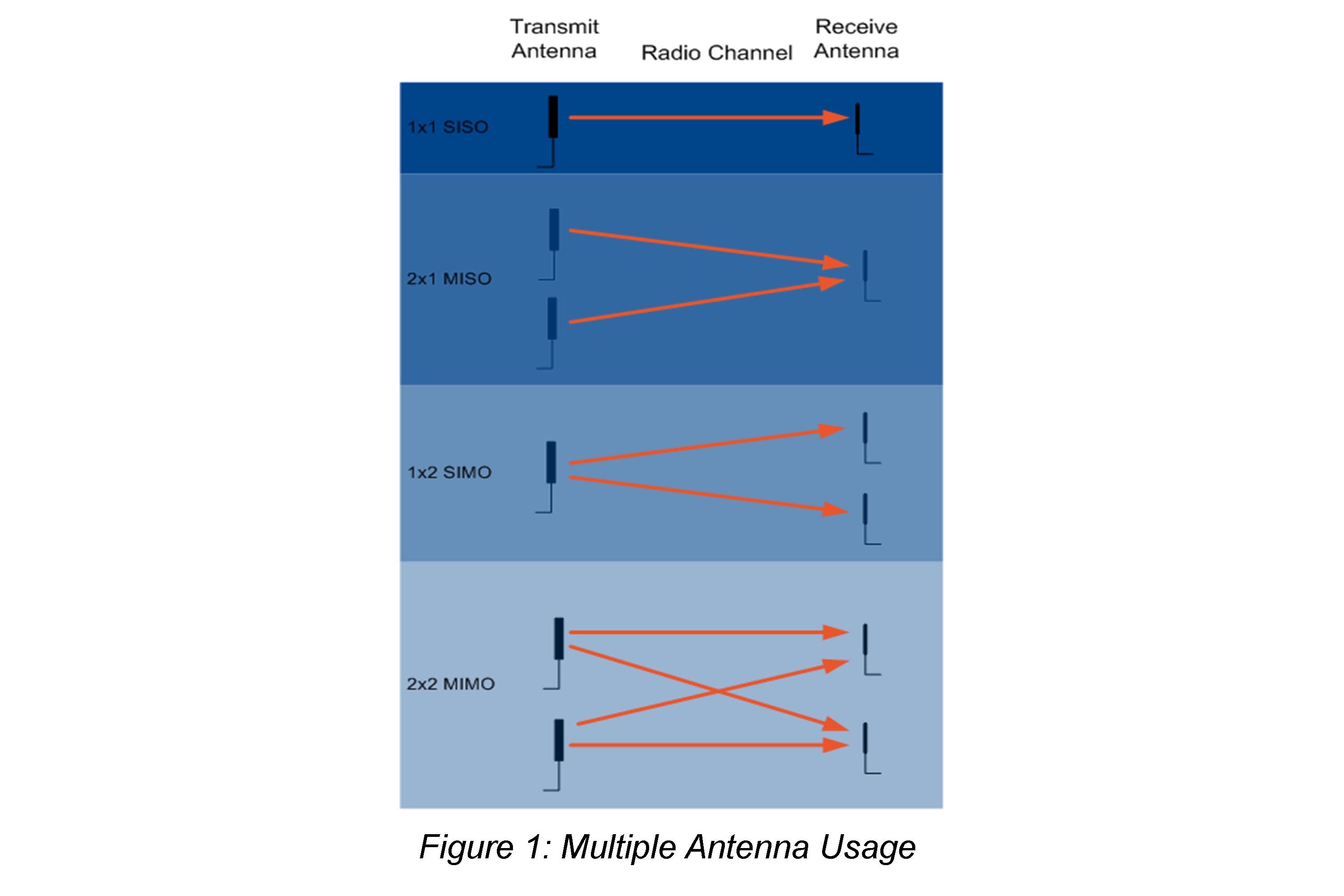 There are two major categories of MIMO which improve the throughput, capacity and coverage:

In 2×2 MIMO with spatial diversity, each of the two antennas is essentially transmitting and receiving the same data although the data is coded differently. This mode is primarily used to improve signal quality, or to increase the coverage area.

In 2×2 MIMO with spatial multiplexing, two different streams of data are transmitted over each radio channel, which theoretically doubles the system throughput without the need for additional spectrum resources.

LTE UE Category Definitions
LTE standards define UE in categories, which reduces EnodeB complexity and allow the eNodeB to communicate effectively with all the UEs connected to it. The table below summarises the different categories:

For a Category 3 UE, the peak downlink with 2×2 MIMO is approximately 100 Mbps and peak uplink data rate of 50 Mbps is achieved using 1×2 SIMO.

This article provides a brief introduction to MIMO and an insight on the deployment of MIMO technologies to achieve LTE full potential. For more information on the topic, contact either Jonathan Stubing or Trevor Williams on +618 6467 0600.