M2M TO IOT AND THE ADAPTATION OF LTE

Machine-to-machine or M2M is a term that broadly refers to the technologies that enable the exchange of data and information between intelligent end-devices. These devices (eg sensors, meters) capture data (eg temperature, pressure) about the physical environment in which they’re embedded and transform this data into meaningful information (eg high-temperature, high-pressure). A network (wired, wireless) then distributes this information to the multitudes of embedded devices which in turn transform the data into a response or actuation (eg reduce temperature to reduce pressure).

Whilst M2M appears to be nothing new to those from an automation and instrumentation background, what is new is the scale at which these technologies will be deployed in the very near future. Rather than the application of M2M being limited to just process automation (eg chemical refinement, vehicle manufacturing), M2M will be expanded to the autonomy of entire cities and economies (eg electrical grid, transportation network, banking and commerce system). This means that all the things that are interacting within the city or economy will need embedded intelligence and to be addressable in some way. If we leverage the most pervasive network known to us – the Internet – to network these “things” then we have what is commonly referred to as the Internet of Things (IoT). 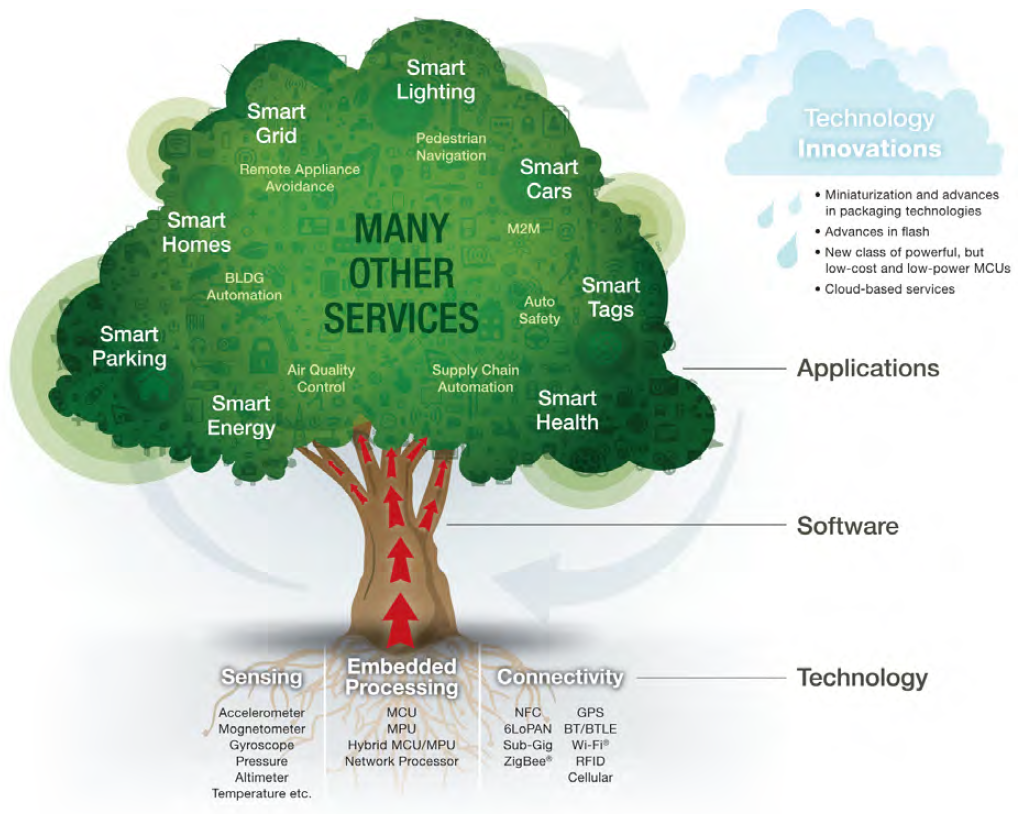 Source: “What the Internet of Things (IoT) Needs to Become a Reality”, Kaivan Karimi of Freescale Seminconductor and Gary Atkinson of ARM.

A key drawback of the Internet is that is has predominantly been a wired platform, and it is only in recent years that it has become more mobile. This is largely the result of the explosion in Wi-Fi (beyond just the home or office) and the evolution of cellular platforms to Long Term Evolution or LTE. These platforms today largely accommodate person-to-person/machine or P2P/M (eg telephony, internet, email), and they are already struggling to keep up with the ever insatiable demand for bandwidth. When you consider that for every person on the planet in the not so distant future (~7.6 billion in 2020), there will be 6.58 connected intelligent devices per person (~50 billion in 2020). As these devices will largely be mobile, you can begin to appreciate the magnitude of the challenge our wireless technologies will be facing. 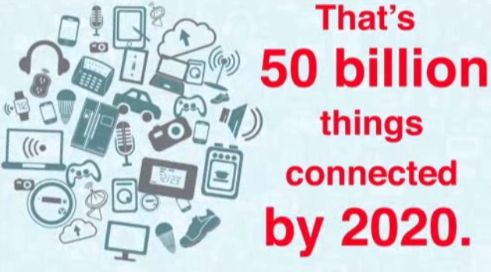 How do we introduce a deluge of connected and intelligent devices to our established Wi-Fi/LTE platforms? How can we ensure that P2P and M2M co-exist without a reduction in an end-user experience or the reliability of an autonomous system? And, what role does Wi-Fi and LTE have to play?