IS SMART CITY TECHNOLOGY THE SOLUTION?

The world has not experienced such rapid change due to technology since the industrial revolution in the late 1700s. The change resulted in a mass movement of people into cities, a drive for productivity, and technology that created new jobs and replaced traditional roles. The world is again experiencing rapid change with similar indicators with many professionals touting smart city technology as the solution. Queensland University of Technology has developed a program that highlights the risks, challenges and opportunities of real world futures.

Firstly, we need to define the problem. In case you are not aware, unemployment in Australia is on the increase.

It is a problem because we have bills to pay for a lifestyle that we are now accustomed. Private debt is at a record high. Mike Dowson’s article explains why we are still working.

It is yet another problem as people want to work. Yet, with the decline in large infrastructure projects, the specialist skills of many workers are no longer in demand. The theory of a free market economy is that those displaced by change will find employment in new developing areas. This is true to some extent. I was recently at a function where I had the opportunity to meet new people. It did not take long to be asked the question ‘what do you do for work?’ I said that I am an Engineer, and the response was ‘so you drive an Uber’. I am not an Uber driver. Not yet anyway. However, I am surprised by the number of Uber drivers who are out-of-work Engineers who would jump at the chance to get back into Engineering, Project Management and IT.

It is a problem because the unemployment statistics indicate that people are turning to Government benefits for support during these tough times. A higher number of people unemployed, and a reduction in salary for those who are working, results in less tax revenue for the Government. The Australian Government has to start focusing on optimisation to ‘do more with less’. It will be challenging to change a culture indebted in process and bureaucracy. Governments can learn many lessons from the private and resource sectors. In order for mining companies to compete, they had to adopt technology to drive optimisation; technology such as automation, big data analytics, mobility and high bandwidth fixed and wireless networks. Advocating new technology is one of the main reasons why Rio Tinto is the lowest cost iron ore operator.

The smart city solution embodies many technologies. “A city can be defined as ‘smart’ when investments in human and social capital and traditional (transport) and modern (ICT) communication infrastructure fuel sustainable economic development and a high quality of life, with a wise management of natural resources, through participatory action” (Caragliu and Nijkamp 2009) 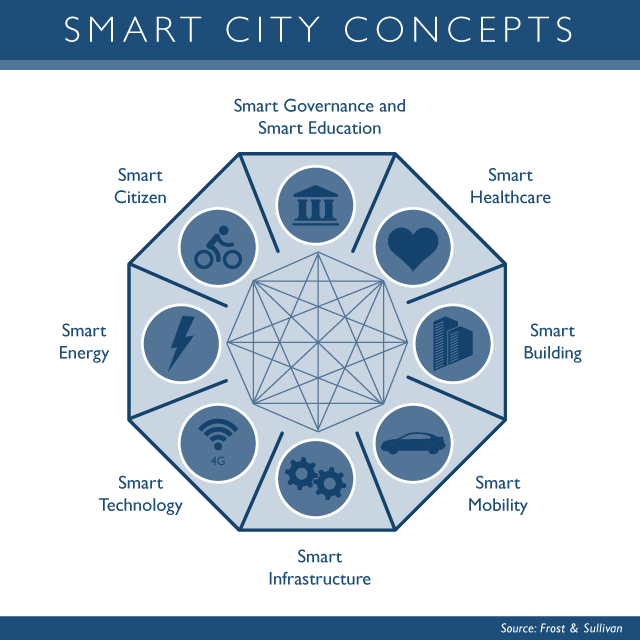 The Smart City concept is not new. Jacques Fresco coined the Venus Project over 40 years ago and unfortunately, the technology was not yet available.

An advantage is that people are now more mobile than ever with transferable skills. Many cities are competing to attract new highly skilled inhabitants who can drive change. Increased population results in more tax revenue, greater purchasing power, and stimulates growth (GDP). If you have not noticed, the Smart City marketing campaign has already started in Queensland.

We must also consider that technology is disruptive. In the short term, it will create many jobs which we want and need. However, in the medium term, it is predicted that many occupations will no longer exist. This theory is explained in the video ‘Humans Need Not Apply’.

We must take action to get our house in order so that when the second wave hits everyone can enjoy the next renaissance. The Government debt to GDP of 38% is considered by many economists a minor problem. The concerning factor is that we just experienced the biggest mining boom in history and we are still in debt. We did not utilise any money to invest in new industries that will keep us relevant.

Titan ICT sees smart city as an opportunity to be involved in creating something that is ground breaking. We imagine we would be able to leverage our mining, energy and rail communication expertise, and our experience in the integration of key people, process and technologies. And of course, our people have many beneficial skills in areas of smart city infrastructure such as fixed and wireless networking, advanced transport systems and automation in utilities.

As an agile business, Titan ICT has already formed collaborative partnerships with complementary specialist companies who possess a similar purpose of building a future that makes a difference. Our drive in forming strategic alliances with like-minded business is to have the opportunity to play a role in crafting something innovative and leading-edge. We’re in!

We’ve already started to collaborate with other companies – Fast Engineering, MGBI, Optimate, QSPectral Systems. You too can join the movement by contacting Titan ICT or joining forums such as Smart City Forum.